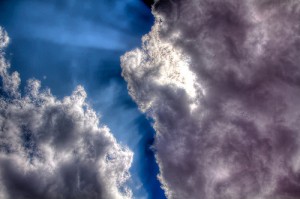 When embarking on a cloud migration project, you want it to be seamless and quick, especially if multiple servers are involved. The ability to automate repetitive tasks and changes across multiple servers will certainly save your business time. In this blog post we will discuss the benefits of pre and post scripting when it comes to moving multiple servers or workloads to the cloud.

It is no secret that the benefits of switching to the cloud are endless. By migrating to the cloud, businesses can leverage levels of agility and increase efficiency within the workplace and far beyond. As discussed in previous blog posts, migrating multiple servers or large workloads to the cloud can be a time consuming and less-than-error-proof process. With an appropriate SaaS platform with pre or post scripting, migrating multiple servers and large workloads can be as simple as that of a single server.

Saas platforms like RiverMeadow’s pair their own abilities with other scripting and code programs to create a beneficial and clearly defined end result. The two programs known for their intellectual pre or post scripting injections are Chef Recipes and Puppet Manifests, both of which allow RiverMeadow to perform multi-server or large workload migrations.

What are Chef Recipes? Chef is a cloud infrastructure automation framework that is maintained by Chef Recipes. According to OpsCode.com, “A Chef Recipe is the most fundamental configuration element within the Chef environment.” A recipe uses programming language designed to perform with predictability and has the ability to define everything required to properly perform configurations and migrations.

What are Puppet Manifests? Puppet Manifests come from a model-driven configuration management system that makes configurations more manageable and efficient. According to Puppet Labs, “you can easily automate repetitive tasks, quickly deploy critical applications, and proactively manage change, scaling from 10s of servers to 1000s, on-premise or in the cloud.”

Why are pre and post migration script injections beneficial? This idea is directly influenced by RiverMeadow’s capability to provide pre and post migration script injections via Puppet Manifests or Chef Recipes. This capability allows for repetitive tasks and changes across multiple servers rather than single servers to be automated. These pre or post scripts can be saved for future migration projects, thus saving time and energy in the long run.

RiverMeadow develops industry leading cloud migration SaaS that enables Carriers and Service Providers to deliver the incredible benefits of cloud computing to Enterprise and SMB customers with minimal cost and complexity. The RiverMeadow Cloud Migration SaaS automates the migration of physical, virtual and cloud based servers into and between public, private and hybrid cloud environments. To learn more about RiverMeadow’s SaaS contact us at support@rivermeadow.com.